Ok so before I start this blog post let me say Thank you to my followers for being so patient with me. I was and still am having some medical complications in my life right now. So I am hoping to get back on track here real soon.

Ok So I have to say Thank you to Tribute books for giving me the chance to be apart of this books blog tour and my first one at that. I was so excited I got to read this book. I love a good murder mystery thriller book right in the start of fall.  So with that being said lets get on with it. 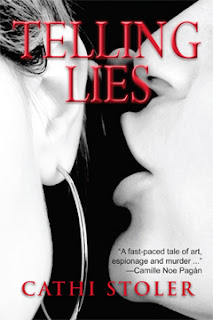 Action packed. I loved this book from start to finish.The people and locations are written to where you feel you are there. The way this book flows is amazing. First I can see myself both as Laura and as Helen I think if they could have been one character it would have been even more amazing .  This story starts and confuses me a just with some of the language they use.  I really enjoyed the connection between Laura and Aaron you could feel the tension between them weather it be sexual or a fight ready to happen. Helen was a surprise for me I loved the way she jumps over the counter to catch her bad guy. Aaron however I was disappointed with I expected more from him. I wanted more from him that is.  The chase was on to get to the guy who escaped 9/11/2001 terror attacks that caused the twin towers to fall Mike was one of the many that was assumed dead that was until Laura runs into him in a gallery in Italy. Want to talk about a women who wont let go of something she almost drives me  insane with the way she hunts him down. Time after time she is putting herself in situations that just scream you dummy get out of there.  This book twist and turns and takes you for a ride in every page. I am so glad I got to read this. Oh and one more thing with this book sometimes things are not as they seem.

I hope you enjoy this book if you read it and really if you like anything like Thriller Mystery Suspense you will love this.


Description from Amazon.comHow many lies does it take to get away with murder? Magazine Editor Laurel Imperiole is vacationing in Florence, Italy, with Aaron Gerrard, Chief of Detectives of New York City's 13th Precinct Identity Theft Squad. A chance encounter brings Laurel to a startling realization: she's just bumped into a dead man: Jeff Sargasso, an art dealer and husband of a close friend who supposedly died in the World Trade Center on 9/11. When he vanished, Sargasso had been brokering the sale of a priceless masterpiece that was lost during World War II to CEO Alfred Hammersmith and billionaire Miayamu Moto. Hammersmith perished along with Sargasso on 9/11, and it is believed that the access codes to the $15 million deposit--ten percent of the asking price--died with them. Could Sargasso have faked his own death to steal the money? The painting's whereabouts are unknown. Laurel enlists the help of private detective Helen McCorkendale, and together they follow the threads that lead from Florence, Italy, to New York. On the way, the women tangle with Israeli Mossad agent Lior Stern and several stop-at-nothing collectors. All are determined to have the painting for themselves. Ignoring Aaron's advice, Laurel puts their volatile relationship in jeopardy. As Helen and Laurel search for Sargasso, the painting and the money, they find themselves enmeshed in a sinister skein of lies that could end in death.

Ok I am taking a temporary leave until I can get my life and things back together I have so much going on right now I cant keep my head on. I got a new position at my job and I have a crazy two year old running around. I am trying right now to get caught up on books. So you wont see me around at least until the end of next week so just a heads up. Sorry you all will be missed.
Posted by KZiggy at 6:06 PM No comments:

Bright Young Things and The Luxe

GO and check out this give away 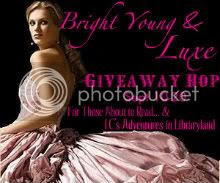 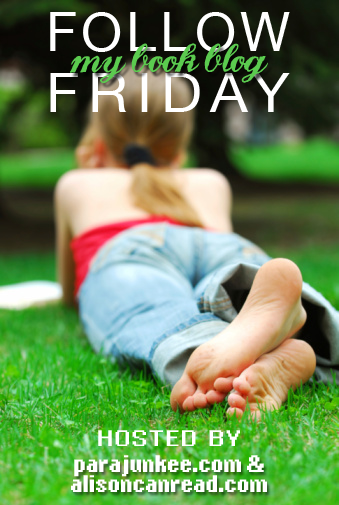 Q. Have you ever wanted a villain to win at the end of a story?  If so, which one?


I have to say no. I dont think any book I have read I have wanted a villain to win.  Sorry to disappoint but I have not really read a book with a villain that I liked. Sad but true. Besides if a villain wins what fun would that be. Unless they are a misunderstood villain who should have been a good guy. 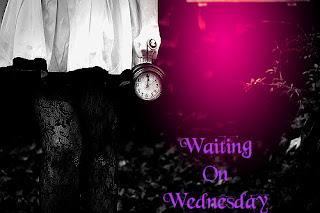 hosted by:
Jill At Breaking the Spine 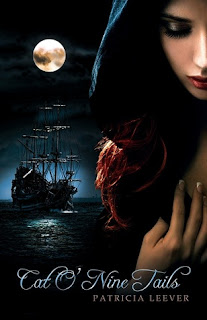 When Orrin and his brother Kale are hired by Queen Winifred to hunt down Aeron and her band of miscreants, Orrin never dreamed he’d fall in love with the beautiful she pirate, or the kind, accepting people of her island hideaway. As they grow closer, Aeron reveals her jaded past with Queen Winifred to Orrin; he doesn’t hesitate to offer his help to bring Winifred’s evil reign to an end. Aeron and Orrin soon discover that the strongest weapon in their combined arsenal is the love they have for each other.

Ok I must own this book I have to have it. I am talking I have to hold it in my hands. I normally wouldnt mind like the kindle addition over a book but this one I want the book. I mean come on look at that cover! I must have it! Enjoy your hump day!

So sorry its be awhile since my last post. Had a little bit of a hectic week last week. It was my daughters birthday on Wednesday and we had her party on Saturday. So with all that being said that was why I have not had a moment to post anything on here.  However I did have time to look at amazon.com this morning. I only got one book. I am planing on going out later today if I am feeling better and going to the book rack! Its a place we have here in Moline that sells pre read books that are in good condition. Oh and they are cheap I don't think I have spent over 4.00 on a book which is pretty good. Ok so for now I am going to hold off on my In My Mailbox and save that post for later today.

Posted by KZiggy at 9:24 AM No comments: 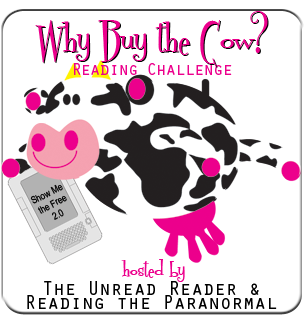 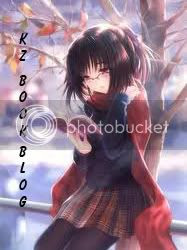 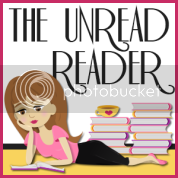 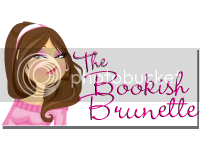 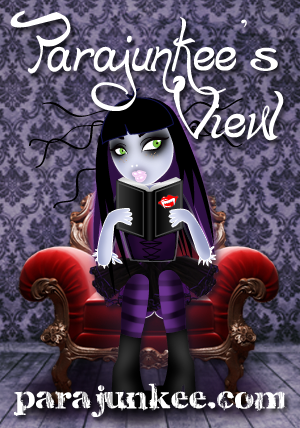 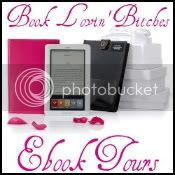